This place is starting to look like a “real” farm, now that we have our first grain bin.  I bought this bin from a nearby farm, and since I had to move it I was scratching the growing bald spot on my head a bit before arriving at a solution.

I was in the middle of tearing down an older iteration of an eggmobile to build a bigger portable chicken feeder, so I had this sixteen foot trailer conveniently stripped to the frame.  The tires are mismatched and the lights don’t work, but it would suffice for a two mile drive on backroads.

With the bucket loader, I flipped the trailer up against the bin.  Then working from ladders I strapped the bin to the trailer. 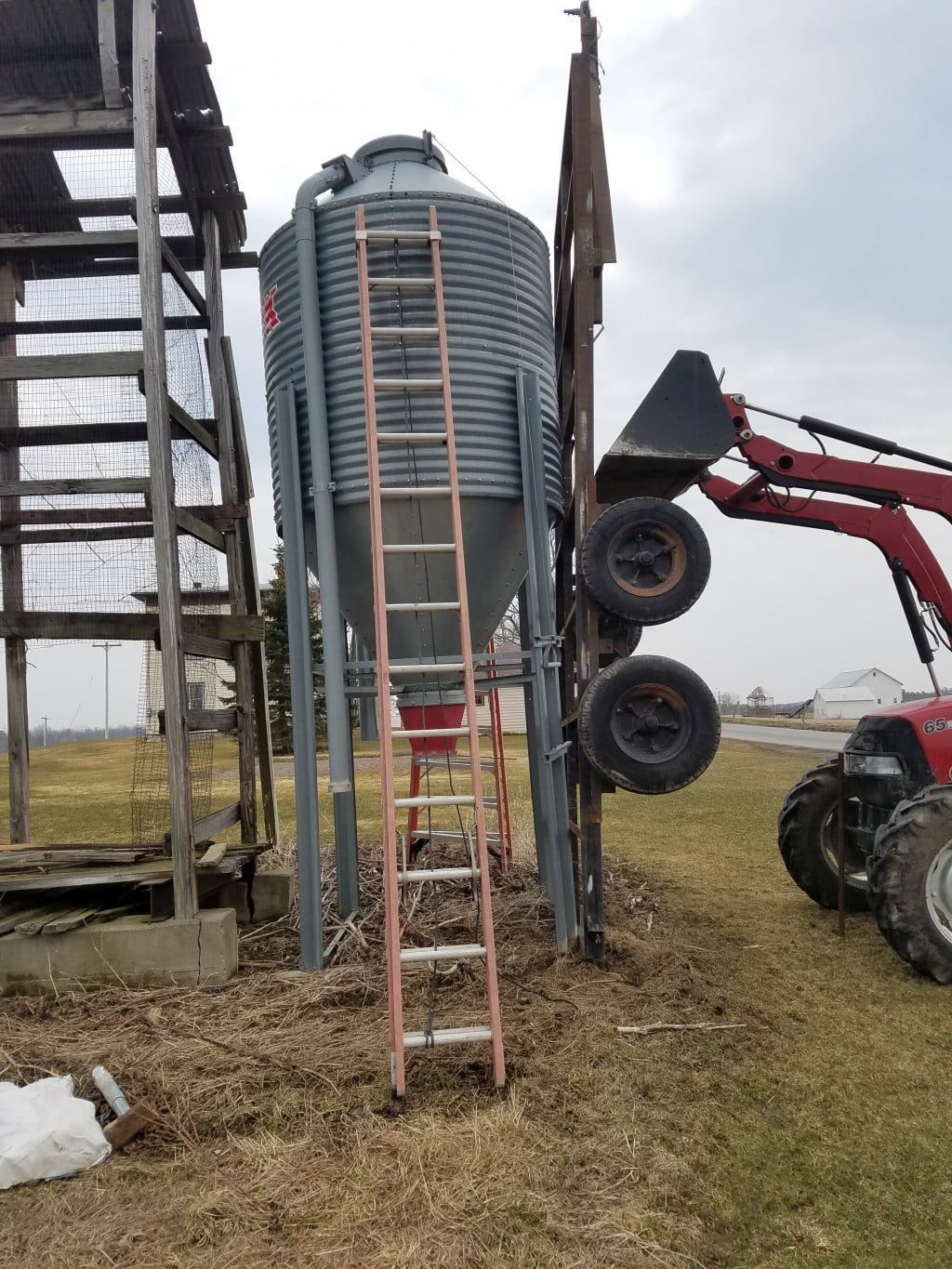 Once all was connected, all I had to do was to chain the trailer to the loader and gently rock it back below the tipping point, unchain it while the trailer rested on the loader, and slowly lower the entire contraption back to ground level.  Going down went flawlessly, and the whole job, travel included, took less than two hours. 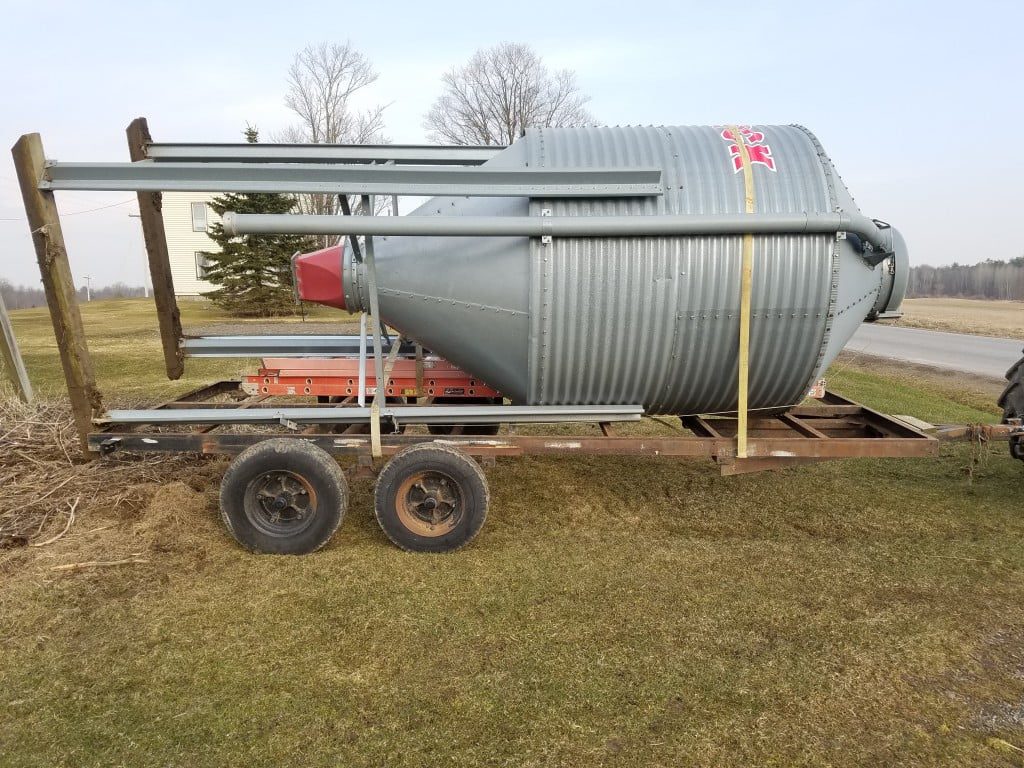 Going back up wasn’t as smooth.  I replaced the 4×6 skids, and my replacements were a few inches longer than the old ones, just enough extra to change the geometry and to make the base of the bin catch behind the trailer when I tried to raise it.  In the end I needed to raise the bin directly with the bucket, which dented it more than I’d prefer.  All the damage is repairable with some hammering and galvanizing paint.

With all our poultry on the farm, we have a three or four different feed rations at any moment.  The pullets get one mix and the old laying hens get another.  The turkeys will have four different feed mixes during their development, while the broilers have a starter and a grower mix (thankfully these overlap with the turkey grower and finisher mixes).  Having the extra bin will help as we need to keep all our feeds dry and stored separately.

I am interested to note that this bin has stood in an unsheltered position since 1999 without any anchoring, other than the friction from the skids sinking a little into the dirt.  Most of that time it has been standing there empty.  Our hilltop is a windswept place, but so was the farm this bin came from.  I guess these things are more stable than they appear to be.  I hope so.  I’d rather not have to stand it up again.

5 thoughts on “Bringing Home the Bin”