Not long after Dave pulled into a produce wholesaler to pick up our weekly load of mushy produce, a man approached offering a tractor trailer load of veggies.  The trucker’s reefer had malfunctioned on his trip up from Georgia and his whole load had been frozen: he needed to find a place to dump it.

He arrived at our place around 8:00pm that night.  With our backhoe and some chains, we pulled off each pallet, stacked high with boxes of veggies. It wasn’t that simple, of course. It took close to three hours.

The next morning, this is the scene that greeted us. 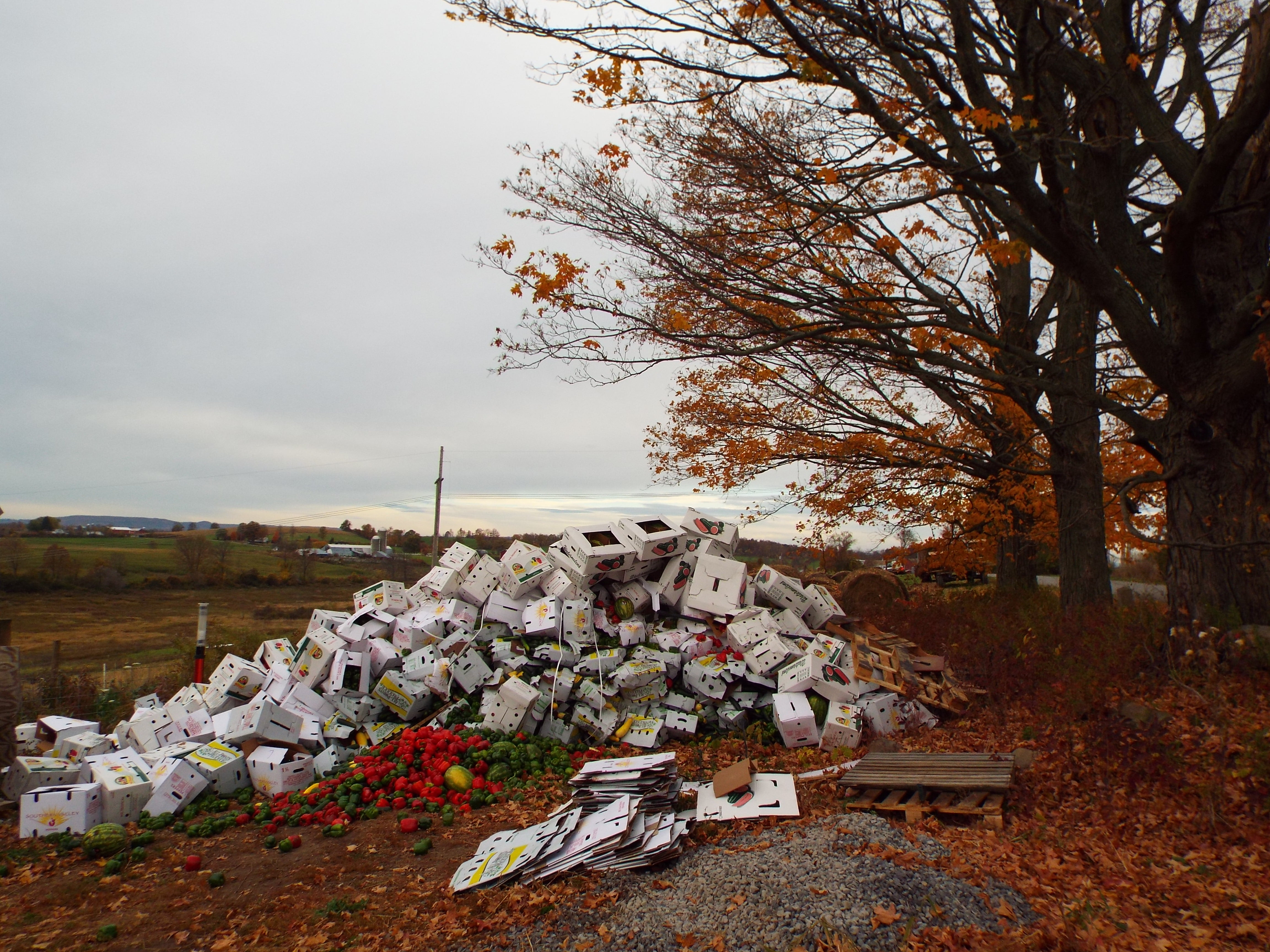 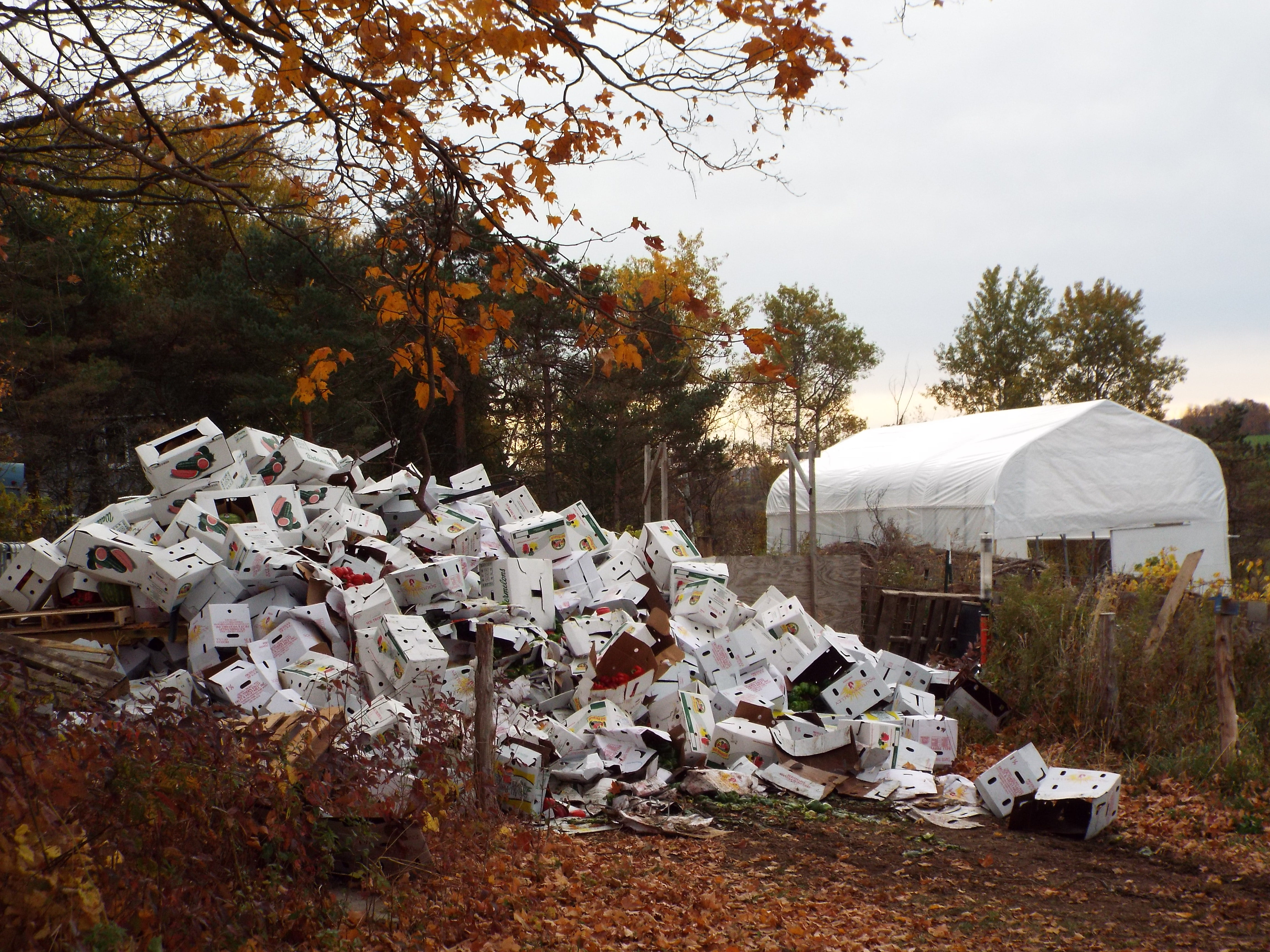 And it took all morning to dump, 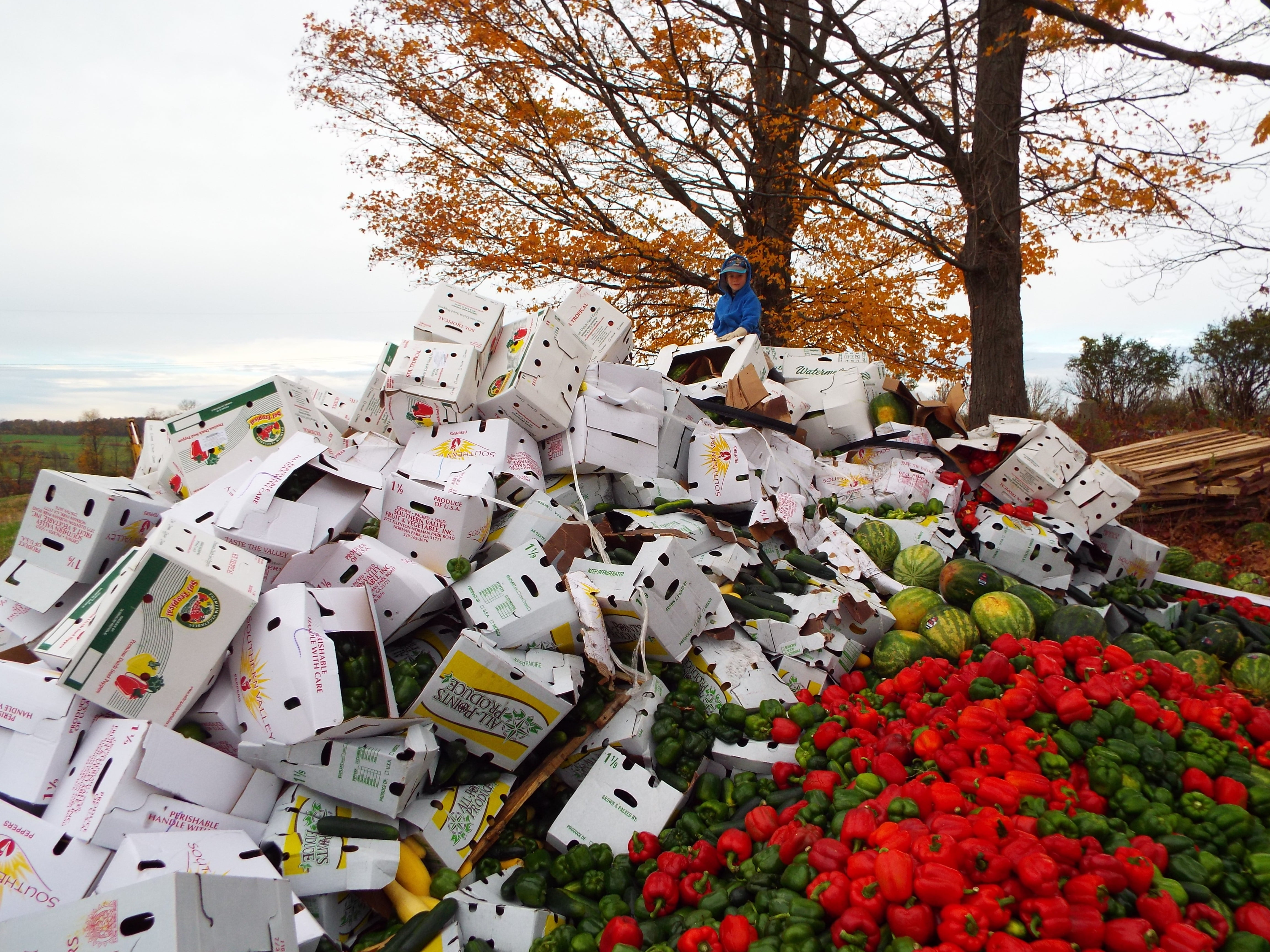 break down and stack up each box. 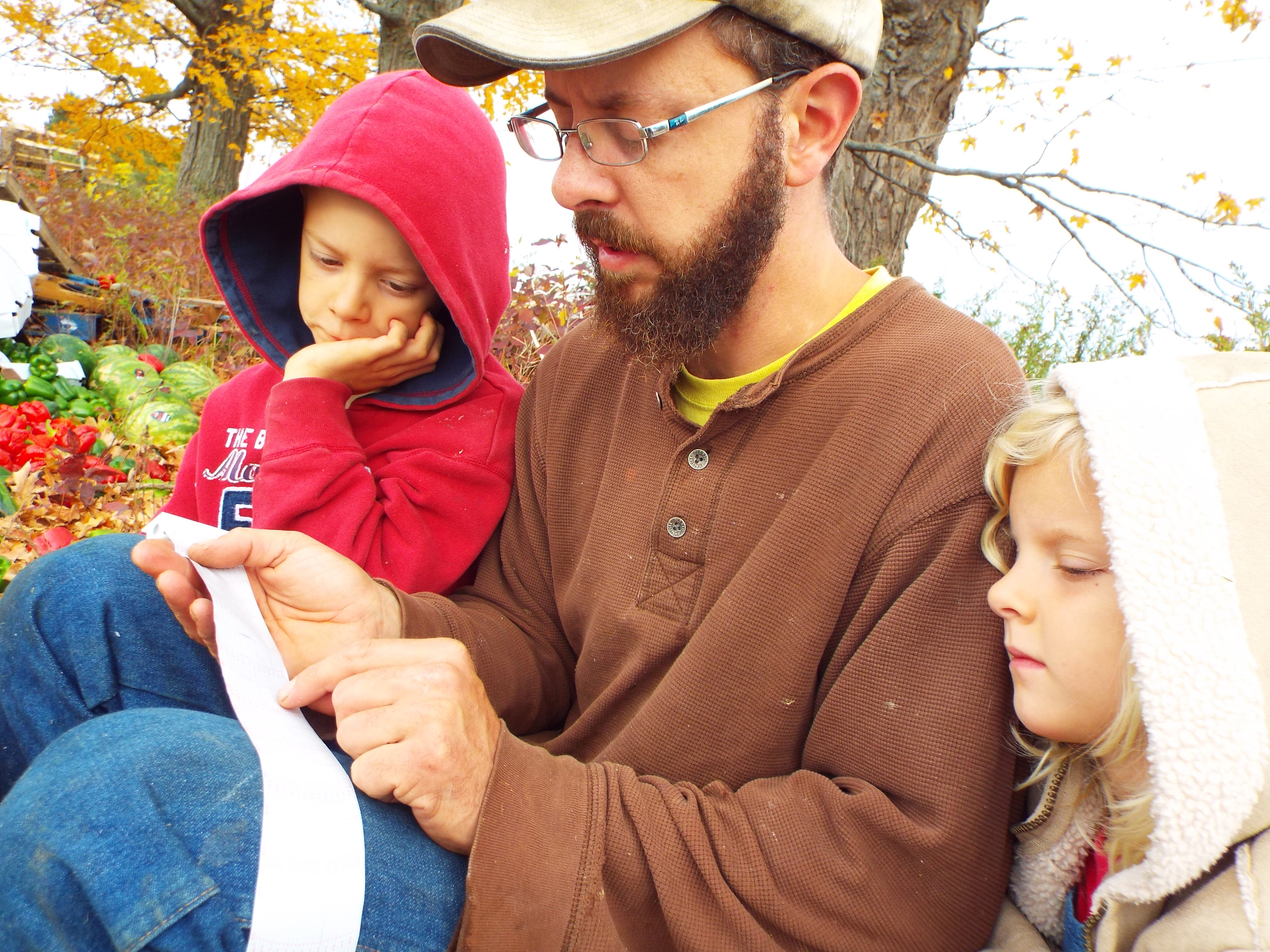 We took a break to inspect the temperature log we found.

It showed that the trailer dipped down to 23 degrees F just hours after loading. 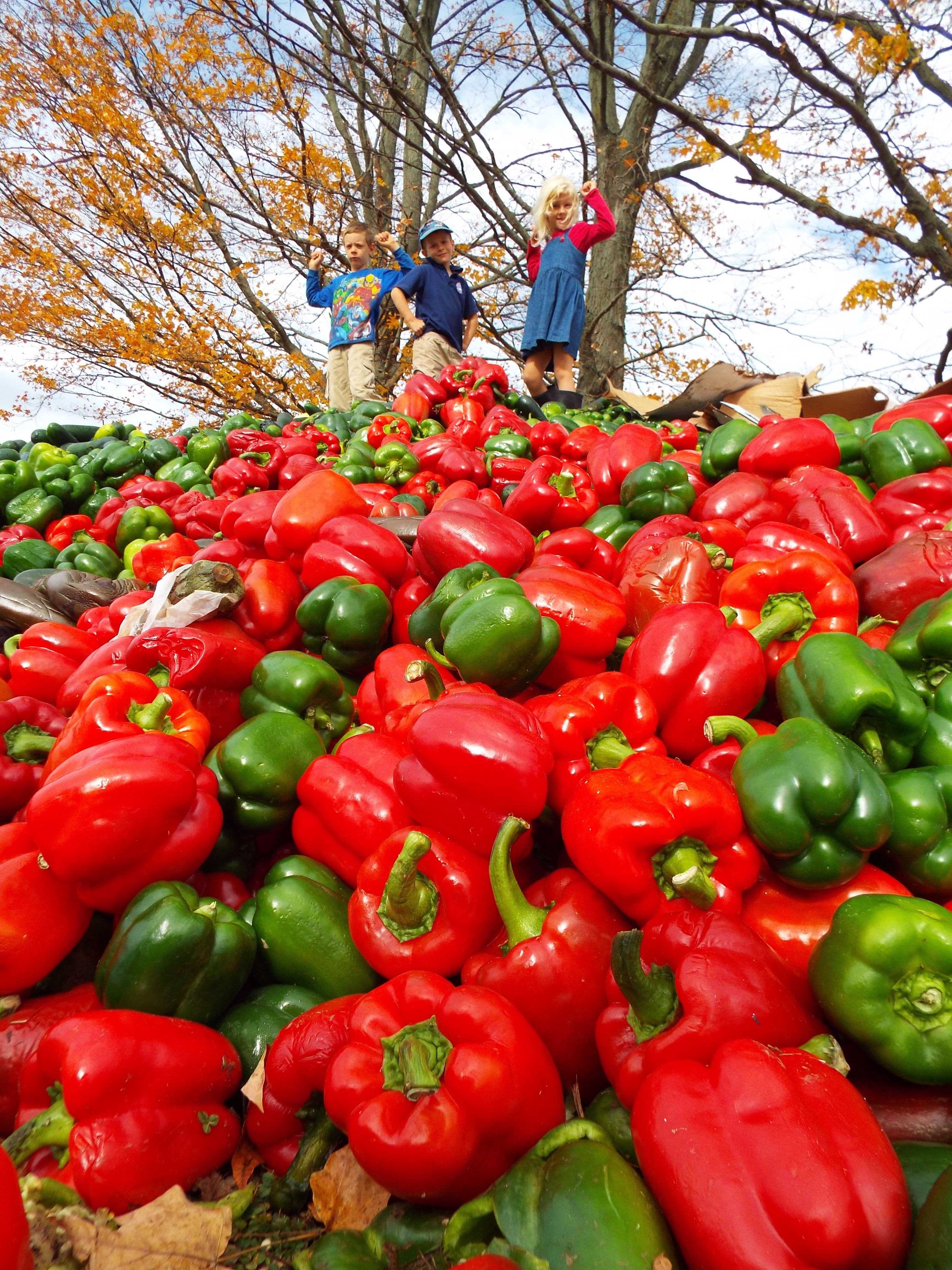 In the end, we had an impressive pile. 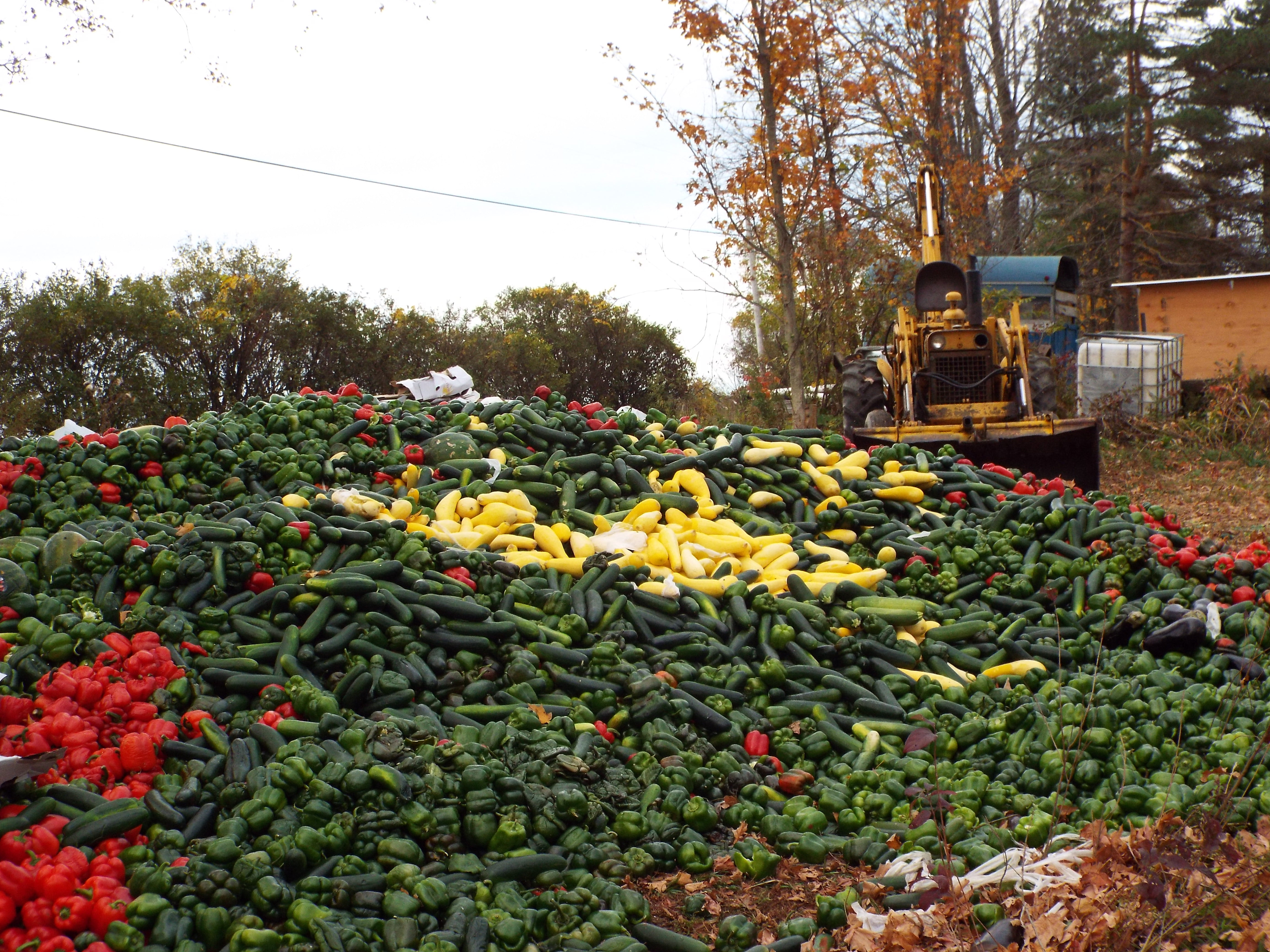 It would be a waste of time and energy to get it to the pigs way out in the pasture, 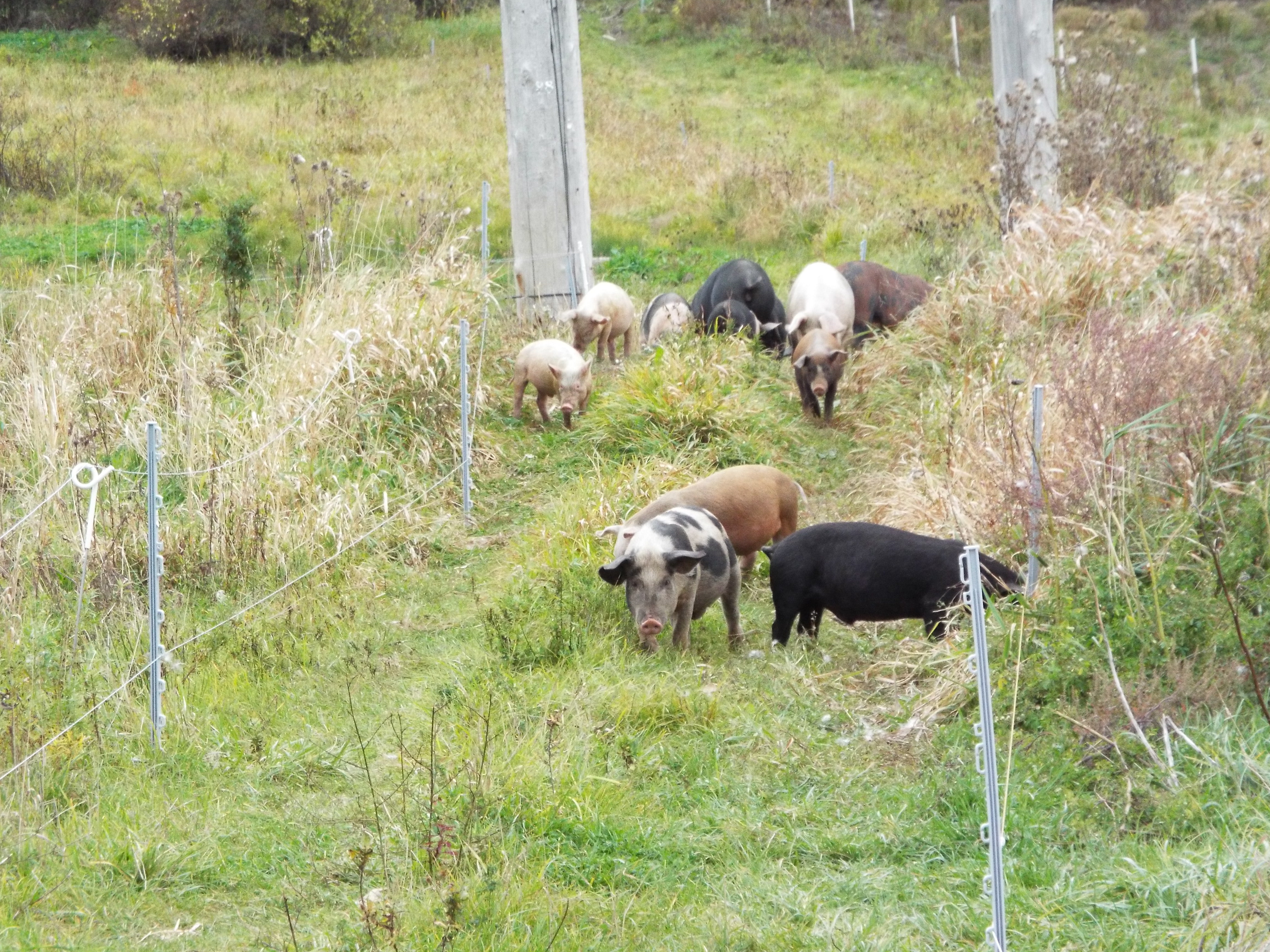 so we decided to build a lane and lure the pigs up to their winter quarters for the feast. 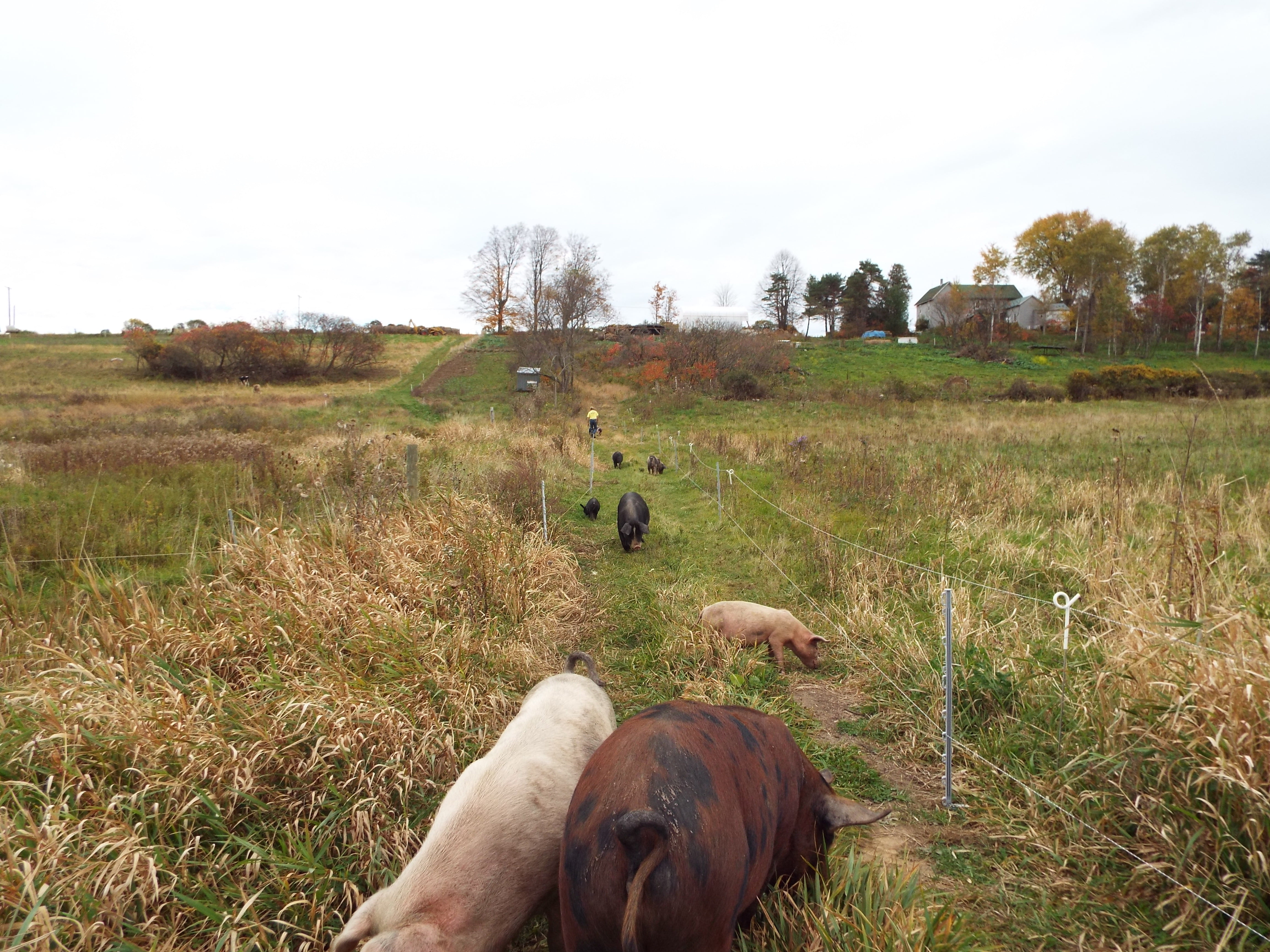 It proved to be much easier to scoop and dump here. 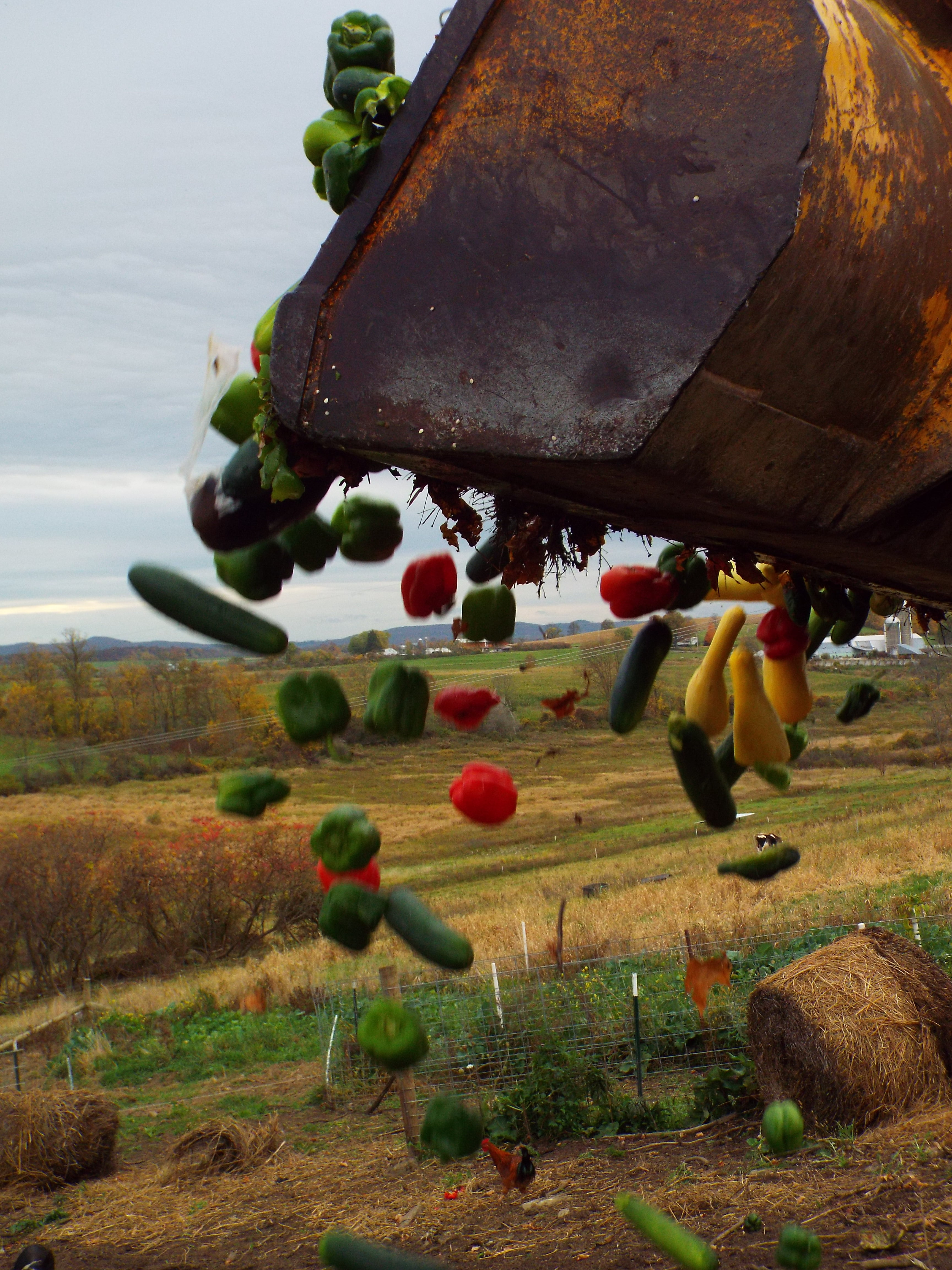 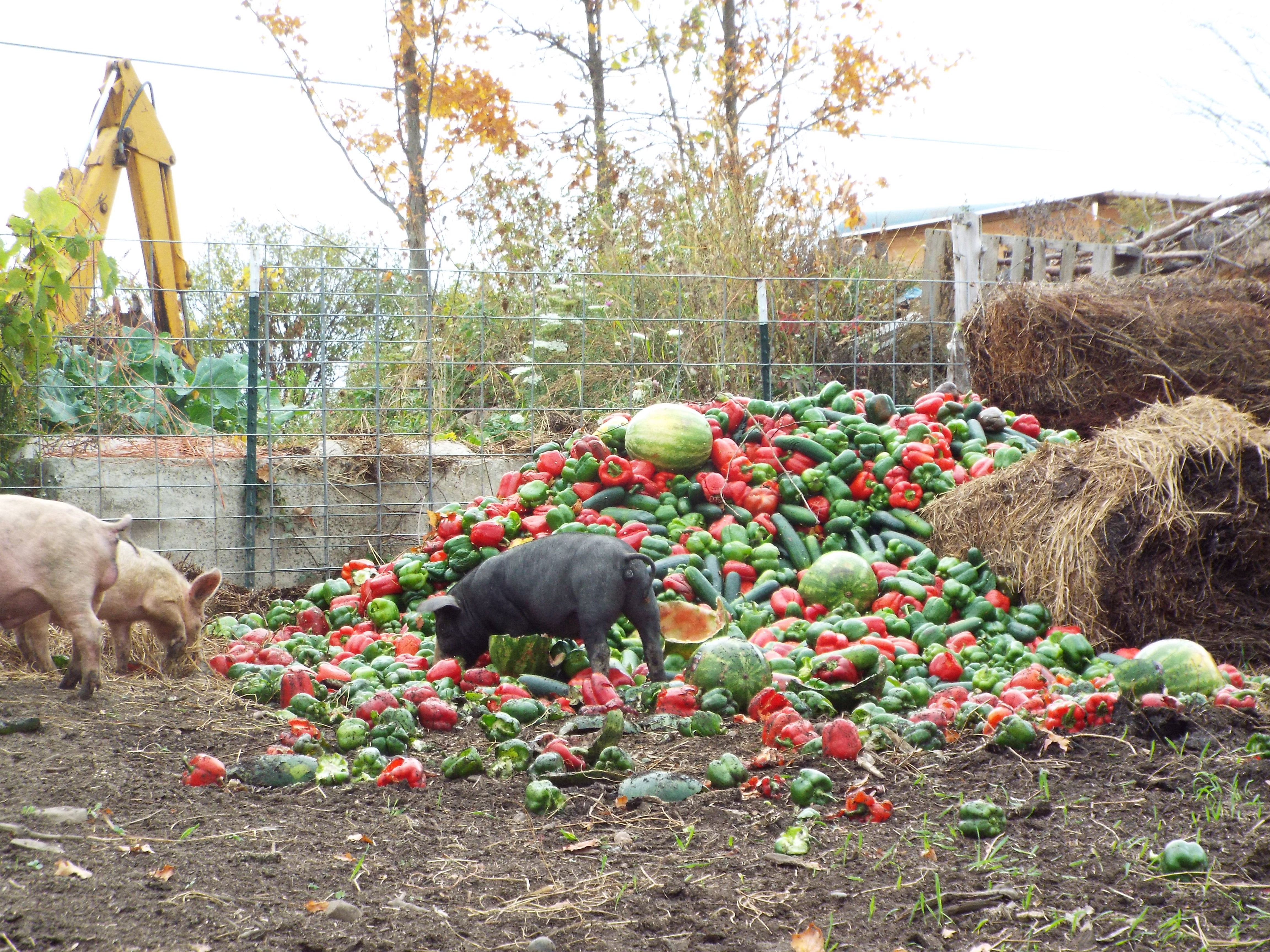 while they gorge themselves. 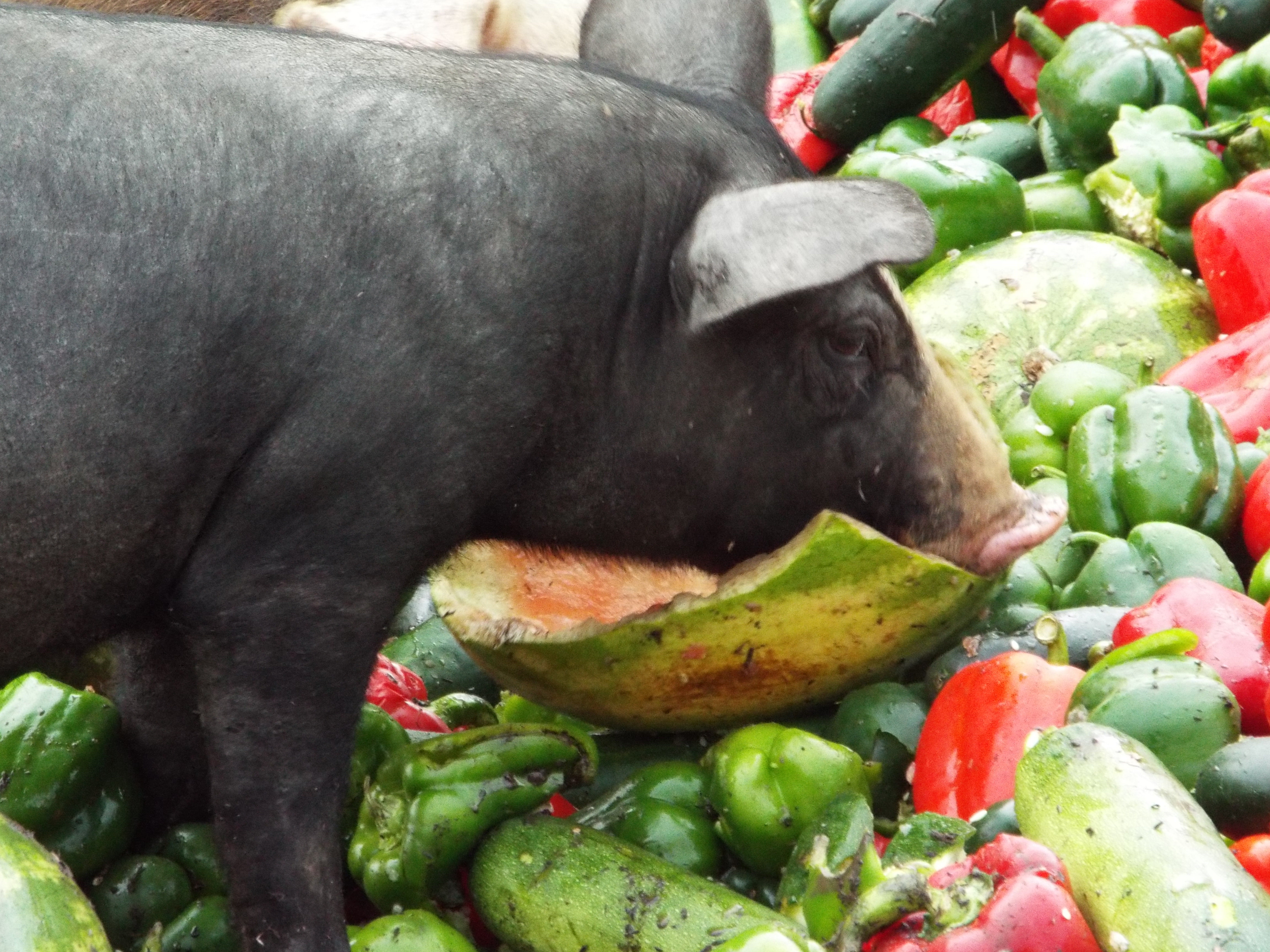 During that evening of work when the trucker and his wife helped us to unload the hundreds of boxes, we found tucked away at the very front a pallet stacked high with boxes of watermelon. We headed straight for the kitchen to get a knife and together broke open the delicious melon.  The next morning we enjoyed another one.  And the next. 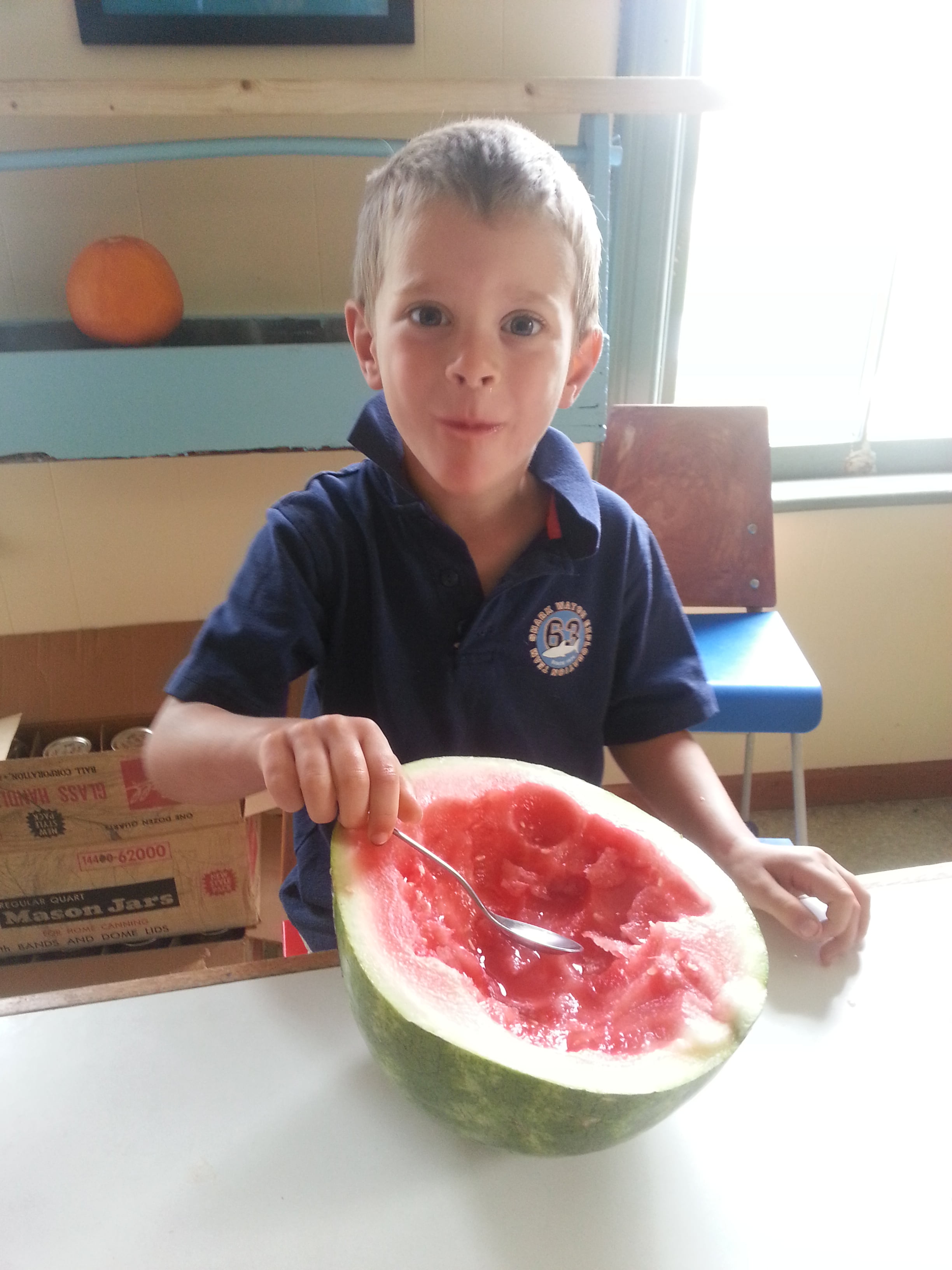