Turkeys and Our Celebrity Summer Intern

Pardon the name dropping, but the first group of turkeys went out to pasture today, under the intent gaze of Harrison Ford who is volunteering his services with us this summer.  How did we manage to get him to help?  Read on, but first let me drag this out with farmy details.

Allie has been raising turkeys this spring.  She was reluctant at first, but she negotiated a deal that I’d let her raise eight ducks with the turkeys.  It turns out she has a real knack for caring for the birds, and she has done a great job.  Turkeys need more pampering than chickens when they are little, so they spent their first five weeks inside the shelter and warmth of the brooder.  Now that they are well feathered and gaining some size, the time has come to turn them out to graze.

Since turkeys graze more thoroughly than chickens, we needed a different sort of pasture shelter for them.  Recall during the winter I wrote about a wrecked old camper I bought for the turkeys.  I tore the camper down to the frame, and was left with this: 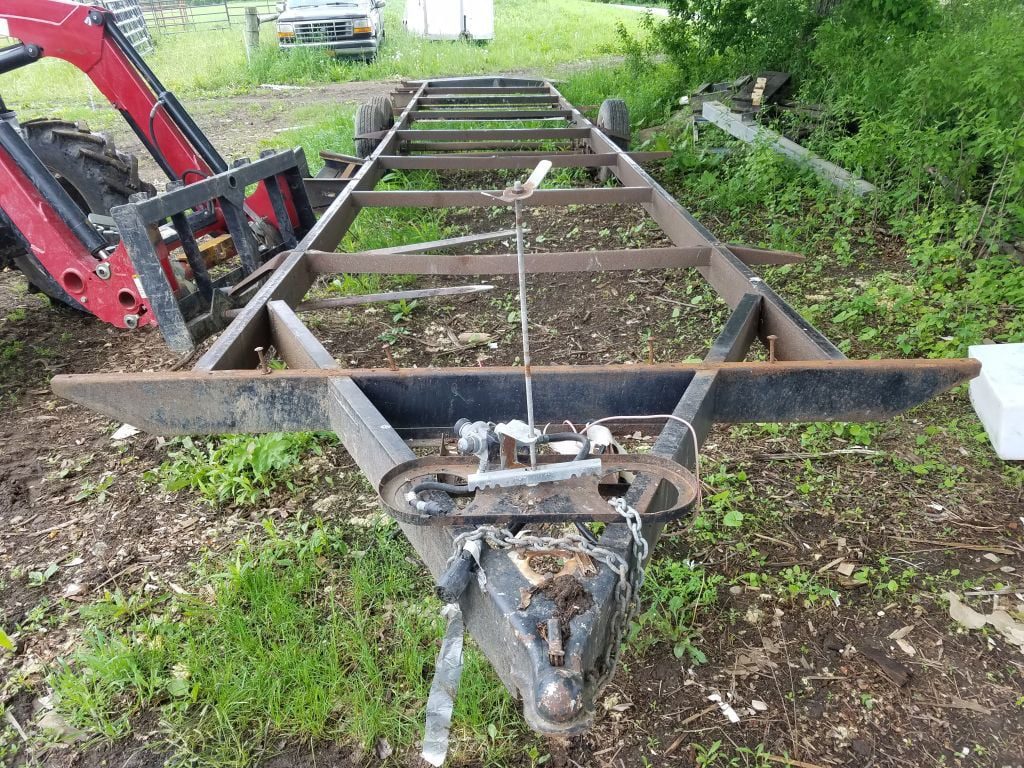 I did a little structural work, and then I added a wooden roosting grid as the deck.  I bent chainlink fencing tubes as hoops, and covered it all with a recycled billboard.  The goal is to provide shade and a place to roost at night.  Turkeys don’t need anything more fancy than that.  They took to the pasture immediately. 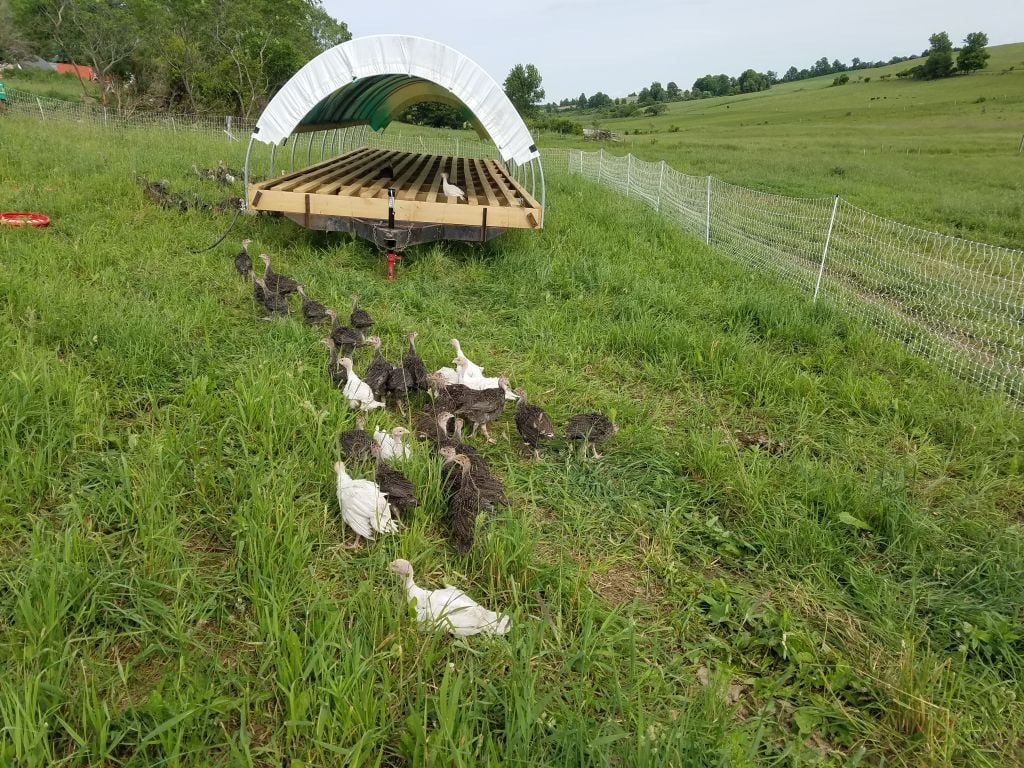 The structure is ten feet wide and thirty five feet long.  I could have made it wider, but ten feet seems to be a practical limit if we want to be able to navigate the twists and turns on the lane that runs through the farm. 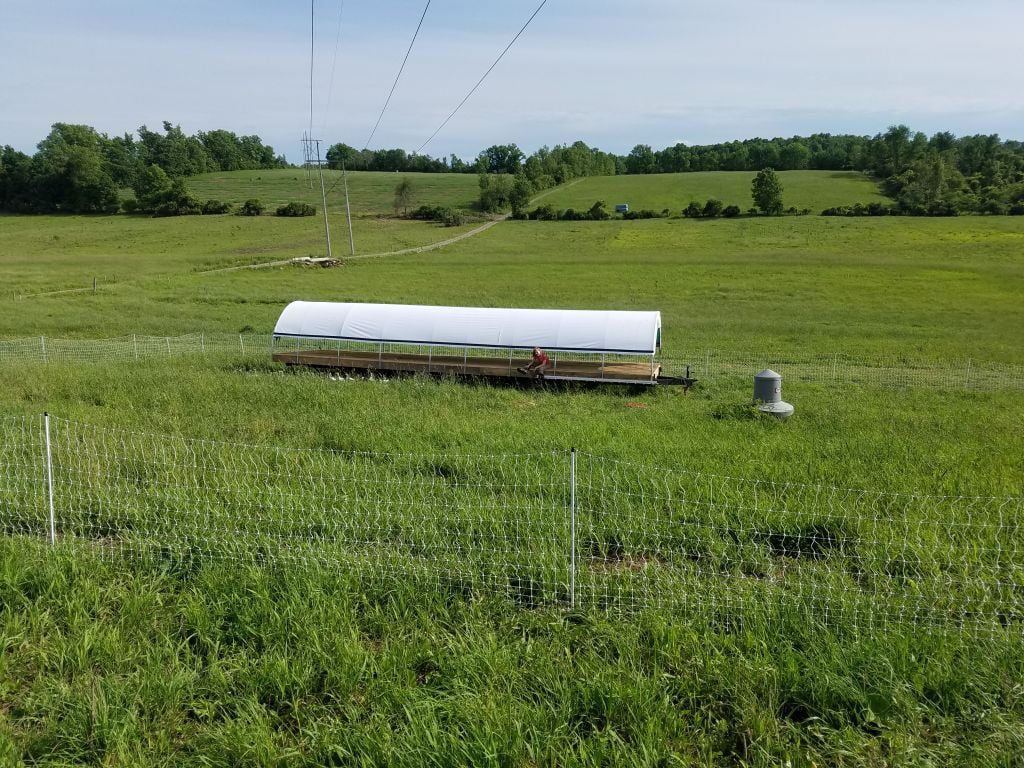 So, about Harrison Ford.  He’s signed up to watch our turkeys this summer.  Here he is on guard duty: 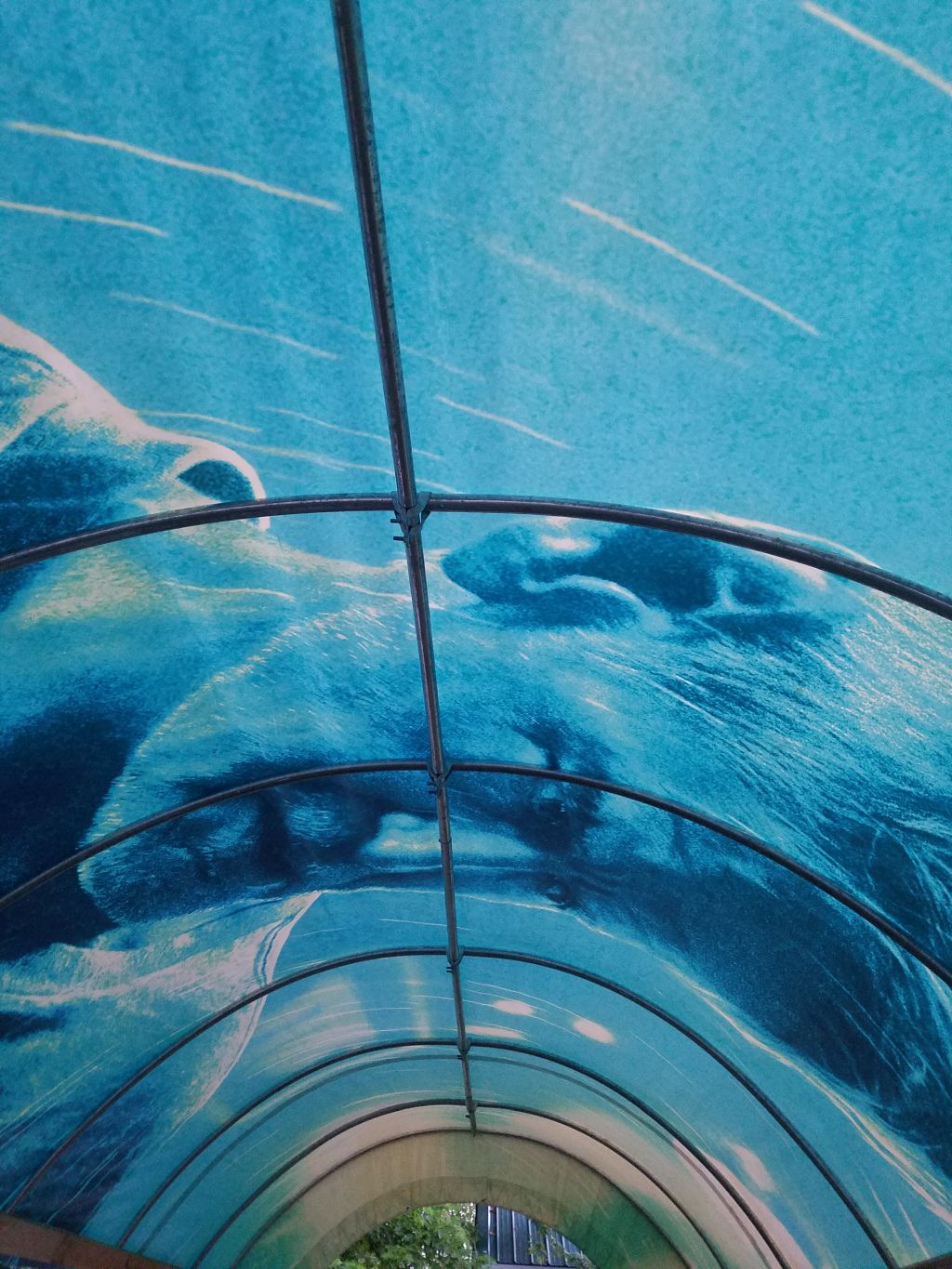 I realize it is hard to recognize him because of the funhouse mirror effect.  Below is the original billboard image.  We cut the top 1/3 off for this shelter.  We’ll keep the rest of him from the armpits down for another chicken hoophouse project. 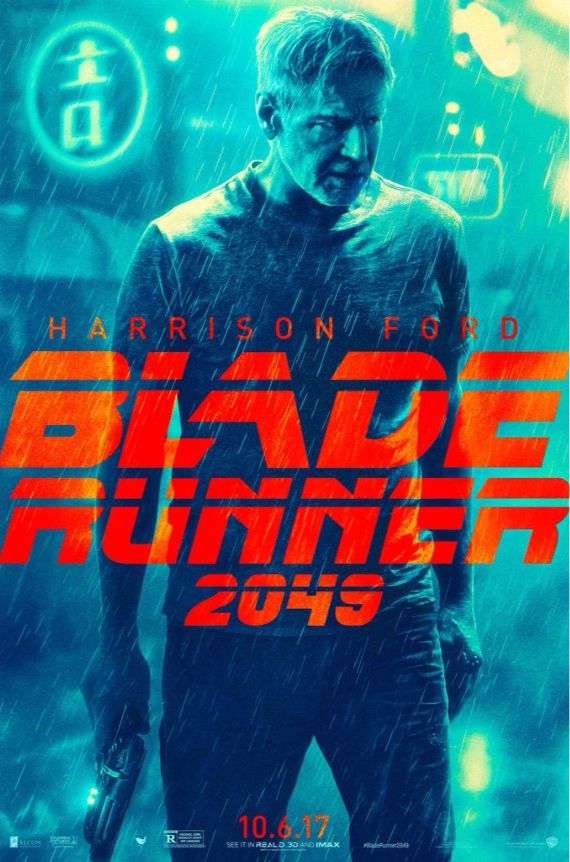 It involves some mixing up of Harrison Ford’s oeuvre, but the kids get a real kick out of the idea that Han Solo is watching the turkeys.

6 thoughts on “Turkeys and Our Celebrity Summer Intern”